A Masterclass in Meme Marketing from Weetabix 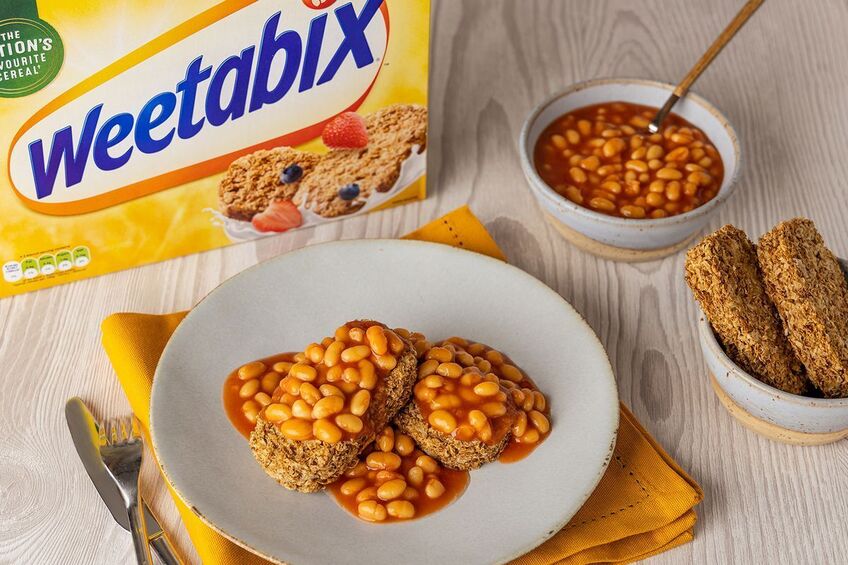 If you are active online, catch up with the morning news or listen to radio, chances are you'll have heard about the recent viral hit of Weetabix with beans on, yes, the visual image is as disgusting as it seems - and we are definitely NOT going to do the taste test...

What started out as a seemingly niche post spiralled into the web's biggest topic of the week. It became an instant viral hit, with other brands joining in. When this phenomenon occurs, the consumer engagement and organic reach snowballs.

It was a masterclass in meme and social media marketing with significant forethought and planning from London agency, Frank PR, who had previously tested the water with less 'controversial' messaging. The genius part being the reference to two national household brands, a collaboration with a large social media reach, who conjure emotion, nostalgia, and personal taste preferences.

Meme marketing on social media has been a growing trend for a while now, in the disruptive marketing sphere. It uses humour and debate to engage users of all ages, it is "free" to do, requiring just a bit of creativity and spark of imagination.

They are inescapable. If you use social media, you will have seen them, but perhaps couldn't name them.

Memes are, in four words:

Pronounced "meem", not "me me", Oxford dictionary defines it as "an image, video, piece of text etc, typically humorous in nature that is copied and spread rapidly by internet, often with slight variations".

The roll-on effect from other brands "recreating" the Weetabix beans image created a meme, that whilst short-lived, was hugely impactful in engaging in the conversation. The re-shares and re-use of the meme generated great awareness and increased reach.

People love familiarity, it's why we have a "usual" at the coffee shop, a "go-to" mug in the cupboard. As humans, we perceive familiarity as "safe", so it has positive connotations. The repetitive, yet slightly altered nature of a meme makes it perfect from a psychology perspective.

It's also worth noting, that the internet can, on occasion, be a bit of a dark and dreary place. The humour and personality of a meme brings light and laughter, especially when used by businesses, it's something "new" and "fresh", with a human side to it, which becomes engaging.

Like all marketing, there are examples that go down in the history books, for both the right, and the wrong reasons.

It is no surprise that Netflix, with the wealth of content available to them, have delivered some fantastic examples of viral memes, such as this one to promote the release of the 2018 film, Bird Box. 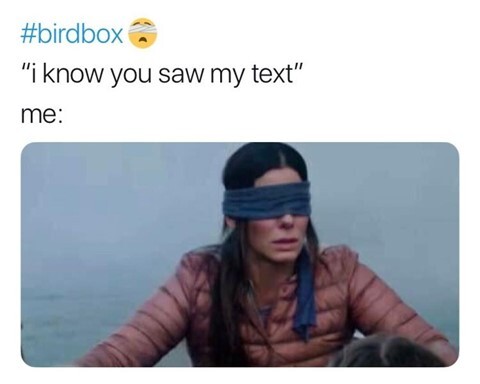 US based monthly subscription box for dogs, Barkbox, has some truly creative examples which goes to show the diverse opportunities in meme marketing for all businesses...

Apple don't always engage in online marketing, the tech behemoth, to this day has still never tweeted or followed a single person on Twitter, despite having joined the platform in 2011. This doesn't stop them engaging in the meme culture, whether these memes are Apple or user-generated, they get traction and the awareness needed. 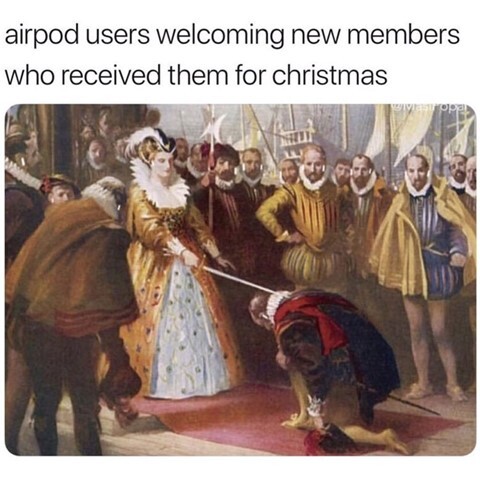 But like we've said, they don't always land well. This can be down to poor timing, lack of originality or the wrong format.

This example from McDonalds UK fell victim to the latter, and whilst it wasn't offensive, given the attempt to reach a younger audience (the use of "fam" would alienate a lot of other audiences) the mistake was a little cringeworthy.

But whilst these poorer examples don't always generate the exposure and positive reaction desired, they don't offend, and that is key.

When trying something new, you won't get it right all the time, but let's face it, as a small business you know your audience better than anyone - so you'll get their humour and cultural references and be able to deliver something that aligns with your business and customer in a fun way.

How to create a meme

Step 1: Find a meme that you think your audience will like.

Step 2: Consider how it can be adapted to your business - try to think outside the box with this one, rather than choosing something overly obvious (the Barkbox example is an excellent reference for this).

Step 3: Recreate! You could do this in Canva, Adobe Spark's free meme generator, or tools like Kapwing. Consider the language you use and take care to get the spelling right.

Memes won't always reach every audience but are a nice way of raising awareness and engaging your audience in a different format.

When you look at Weetabix's success, a lot of it came because of other social media platforms and media outlets sharing.

The Weetabix meme was initially posted on Twitter, but no doubt you'll have seen it (and the resulting brand engagements) on Facebook, TikTok and more. If you watched Good Morning Britain, BBC Newsround, read The Sun, The Daily Mail or listened to pretty much any mainstream radio station, you'd have heard the story.

The meme spiralled into a life of its own, generating huge PR and public engagement, resulting in over 140 organisations, including Ford, Specsavers, NHS, and the police partaking in the fun. More importantly, Weetabix identified an uplift in 15% of sales in the following week. Astonishing. 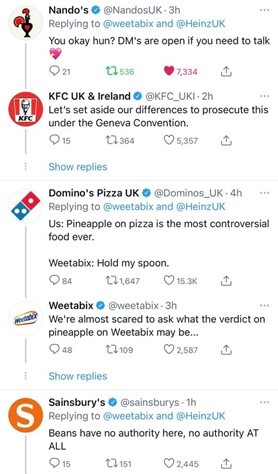 Whilst we can't promise that meme marketing for your small business will rocket to the dizzy viral height of the likes of Weetabix, it's certainly worth exploring. Make sure you tag @signal_bordon (Instagram), @BordonSignal1 (Twitter) when you post your first meme, we'd love to see what you can come up with!