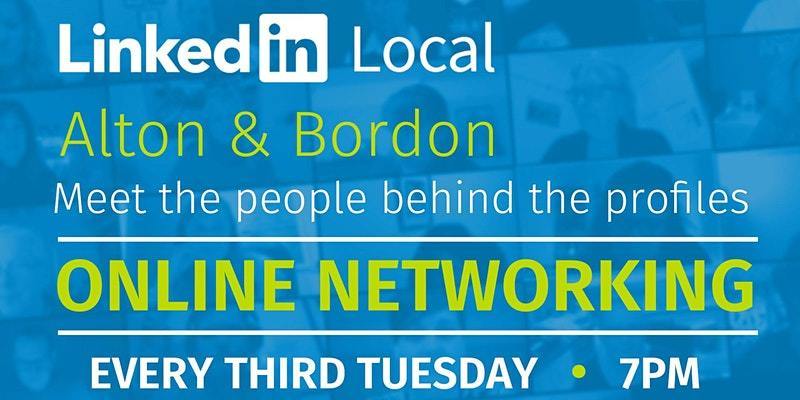 Last month we held our first LinkedIn Local event. Organisers Rob Fryer, Sarah Bass and Louise Eldridge had planned this networking event at a pub in Alton as an opportunity to meet your LinkedIn connections face-to-face. But then global events got in the way...
Instead the event was moved to Zoom, and although the whole ethos of LinkedIn local events is to move networking offline it was widely agreed to be highly successful.
Rob Fryer explains:
"Zoom has revolutionised the networking scene during lock down and is the new normal. Because we are forced to take turns in talking it has encouraged us to listen more in my view. Speaking with others [at the event] we agreed that this format looks set to continue for many networking groups once we are 'back to normal' alongside the face-to-face meets."
So what's the secret to success?
To start with the idea is great. We're all connected with hundreds of people on LinkedIn, many of whom you may never have met, so to really build relationships with other people it's vital to find other ways of connecting. LinkedIn Local sets out to do this by encouraging everyone to invite their local LinkedIn connections to meet at a local venue.
LinkedIn Local Bordon & Alton on Zoom recreated this experience by first giving all 25+ attendees an opportunity to introduce themselves, and then by moving into 'breakout' rooms with just a handful of people in each.
Attendee Stuart Morrison says, "Wow, not only does it work it works really well! The breakout mini-meetings are fantastic, with everyone sharing the time we spent in each session. Attendees seemed to listen more to what you said and shared the time without anyone hogging the sessions. Another advantage is when each breakout session is up it pops you back into the main session, no longer leaving you stuck talking to someone you'd like to move away from. The session also ticks along really quickly, I really couldn't believe time was up when they said it was the end. Afterwards I was left with a feeling that I had really attended a useful and worthwhile event."
SiGNAL's Lou Eldridge agrees:
"The way that the Zoom breakout rooms work can only be described as a "Beam Me Up Scotty" moment when you were teleported into another "room" and you had no idea who was going to be in there with you. There was no escape ??" unlike in real life!
"Because we had three "break-out" sessions I felt as though I had connected with most people who attended which is something I am going to take with me when we network again (if ever) to make sure I work the entire room and not be with the same group for too long.  I feel that virtual networking can certainly teach us new behaviours."

Come along to the next virtual LinkedIn Local

If you like the sound of this, another LinkedIn Local is already in the diary. LinkedIn Local Bordon and Alton returns to Zoom for another opportunity to meet your LinkedIn connections and new people.
Book here >>>
The format will be similar to last time with a short welcome, time for introductions and then a series of breakout sessions.  It feels a bit like online speed dating for small business owners - dress up, bring your own beers and prepare to grow your LinkedIn network!
Organiser Sarah Bass shares why she's embracing virtual networking:
"Having the opportunity to connect with other people virtually has been a tremendous help to me and I know to just about everyone I speak to.  I believe it has broken down barriers by being less formal and this is a good thing. Meeting new people via online networking is wonderful as we all have a shared experience and just by coming together we are continuing to talk, share, empathise and inspire each other. The way we are communicating now is have the side effect of helping us to be less self-conscious on screen. After the initial nerves, people tend to just be yourself and lighten up a little and this is amazing to see in people."
Come along and try it for yourself, it's so much easier than joining a new offline event. No travel time to the meeting, you just click into the session and when it is finished, you're already home!
More details and booking here >>>
©Original Workspaces Ltd. 2019